On Martin Luther King Day I had my first official engagement shoot with Nicole and Garrick. I admit, I was a little nervous – not only was this my first engagement shoot, but it was the first time I was meeting them! Nicole had found me on Craigslist and we initially met over the phone. So, we all met up at Bukowski’s [where I started out with a Victory Golden Monkey] along with Grant, Garrick’s brother who attends Berklee College of Music. Nicole and Garrick traveled up to Boston from Poughkeepsie to drop Grant off at school. So, we ate some lunch, talked about some deep things like faith, God and the catholic church and I just knew that I had met some really cool people…

Okay, lots of extraneous information….anyway we had an awesome time but it was SO cold outside! It had just snowed earlier that morning and making our way around the streets was a little tough – but the First Church of Christ Complex worked out great! After taking some shots outside, we escaped the cold and went into the Prudential Center Mall to warm up a bit. I kept taking pictures….

I had an awesome time and I can’t wait for their wedding, which is going to take place in New York in June.  There are lots of great pictures from the day.  Here are some teasers. 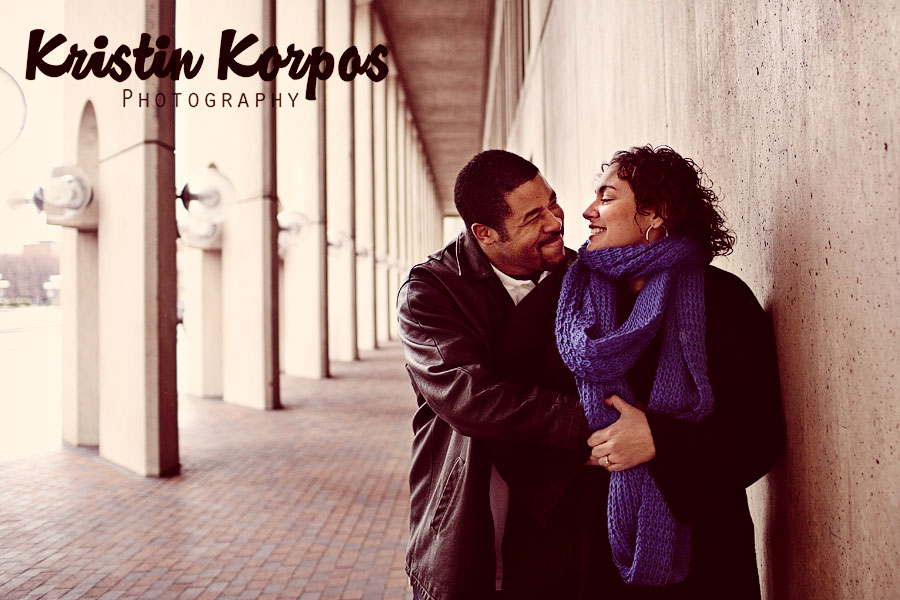 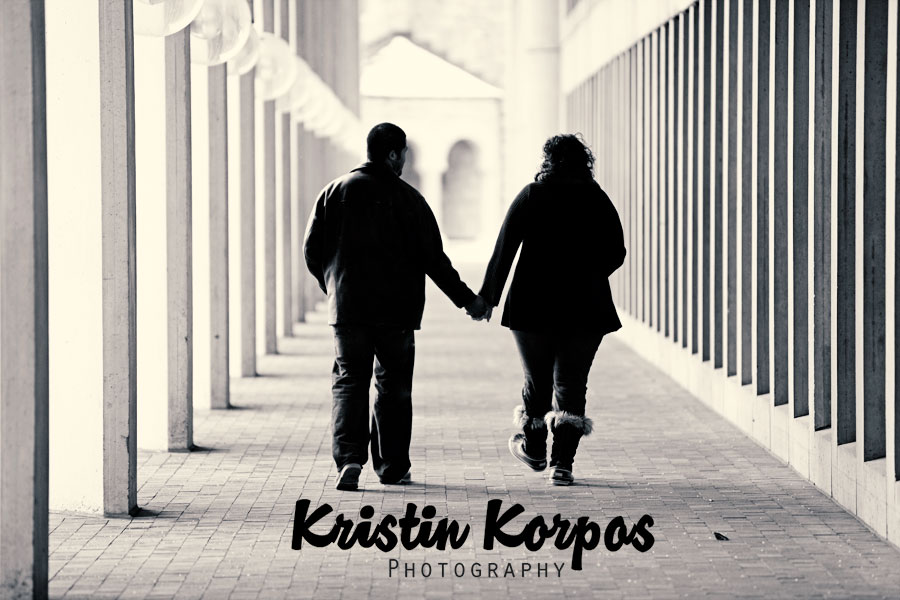 Maarit - These make me happy

Tania - Kristin, I really enjoy looking at your photos! Your clients clearly click with you… as I see how comfortable they are in their photos. Great job!!

Jessica Pena - Kristin…. You are an amazing artist! I cant wait to meet you at the wedding in June… What a gift you have my sister and brother in law to be look so natural you have truly captured who they are together … I love it!!!!

Nicole Pena - Kristin, it is such a blessing that we found you! I am positive that I have the best photographer ever and I am so thankful for your artistic gift. We keep getting compliments from our friends and family that have seen these photos. “I loved the pictures!!! She did a great job. I hope that you and Garrick are more than pleased with them, because they turned out perfect!!!” or “Very nice! Like the architectural backdrops! You both look very happy. . .think you’ve found a great photographer

Everyone loves them and they can truly see how well you captured us. We keep hearing, “You guys look so happy,” and I feel like we were so comfortable being happily in love in front of you. Thank you for doing such a fabulous job with our photos! I am so excited to have the BEST PHOTOGRAPHER at my wedding!

Sandra - Amanda – These pictures are amaznig!! Can’t wait to see them hanging in the house! You guys are beautiful inside and out and I am so lucky to be your babysitter! Seeing William and Lauren grow up is such a blessing!

Moni - Hi Kristin! Your cousin Allyson reoenmemdcd you on one of my mommy Facebook pages. I was wondering your price list for maternity pictures? And if you had any availability in the next few weeks? My photographer cancelled on me, so now I’m in a bind (and time crunch.) I’ll be 34 weeks this Thursday.Thank you,Ashley Luker

Hearther - I totally have steckir envy. I would love that on my van. Plus two more kids, minus the dogs and ponies, and sprinkle some worms in for good measure. Thanks for the laugh!

online car insurance quotes - This shows real expertise. Thanks for the answer.