On our second day in Poughkeepsie Maarit and I picked up Nicole’s sister Jessica and her fiance Edgar at their hotel and headed over to Vassar College for an engagement shoot.  They were visiting for Nicole & Garrick’s wedding from the San Francisco area and it was their first time on the east coast.  There are more images to come (and a more elaborate description of the fun morning we had with these awesome west coast folks), but for now here is a much awaited sneak peek of our shoot.

The black and white shot in this series is one that Maarit took and I am so proud of her!  Oh, I included an image of Jessica solo to show you just how beautiful these sisters are, they make my job easy because they just look so darn good in the photos! 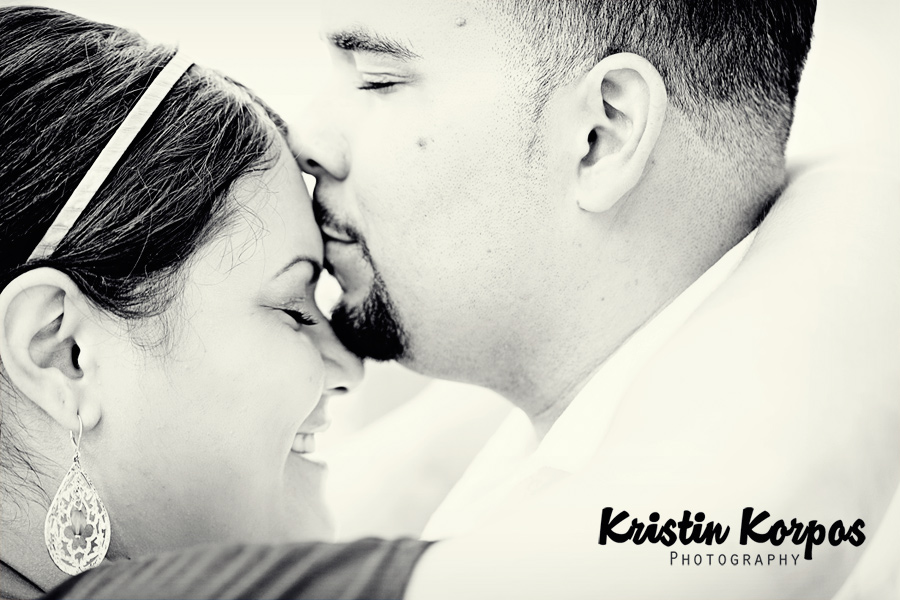 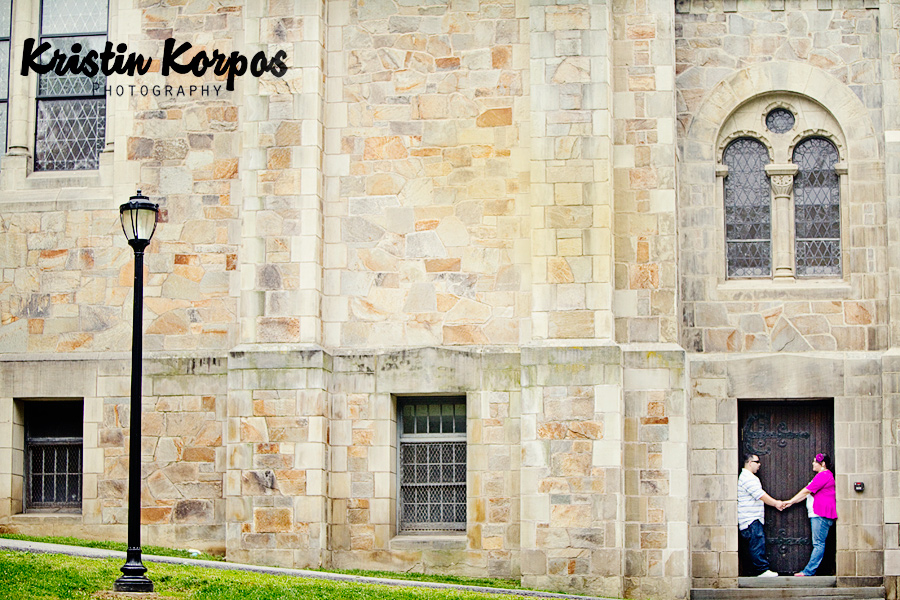 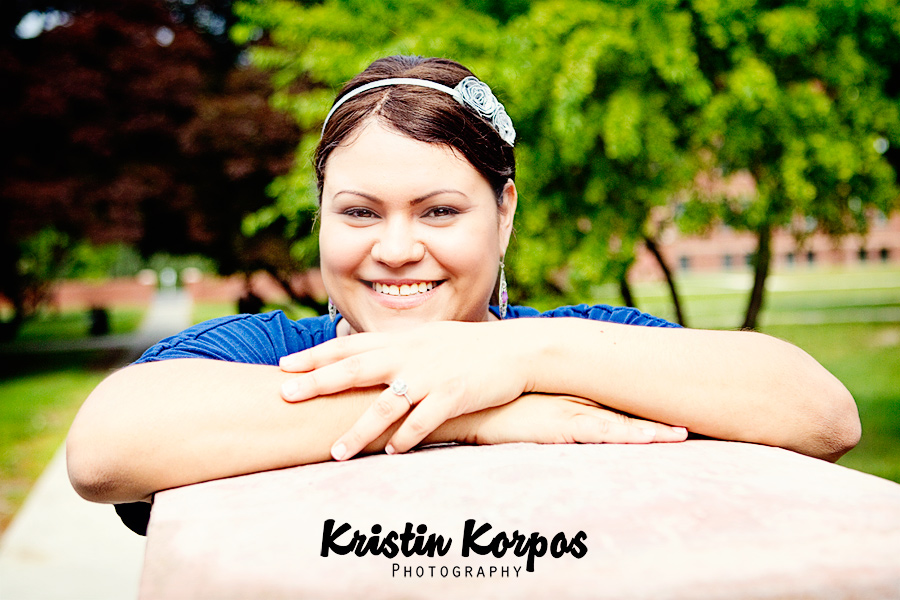 This couple might look a little familiar because they were my first engagement shoot!  I seriously love them – but I am going to save some of the goodness of who they are and how they met for my next post with more images from their wedding day.  For now I will tell you that I am amazed I haven’t posted in over a month and I am going to try and keep that from happening in the future!

But what is amazing is how many crazy things have happened to me over the past month.  For example – the day before Nicole and Garrick’s wedding,  our loft was flooded by sprinklers going off on the floor above our unit.  It was (and still is) a mess.  But the point about this misfortune, all repairable so not that big of a deal in the scheme of life, but definitely an inconvenience, is that Nicole and Garrick’s beautiful wedding, and their amazing family and friends helped both Maarit and I completely forget about our disaster at home!

So yeah, the point of my story – good people and weddings filled with lots of love are such an amazing experience and Maarit and I love what we are doing when we capture these special days.  We make new friends and witness the bonds of both love and family and how many jobs let you do that?  Enough of my babbling – here are just a few images, there are MANY more to come.   I am a bit behind because I was married on July 3rd [oh yes, I will have to cover that in a separate post].

Last night I photographed Jane & Craig and their wedding celebration at the Villa Victoria Center for the Arts in the South End, Boston.  This is such a great venue, I was surrounded by great people, and everything about this wedding was super sweet!  I had to run through some images right away so that I could post a few for a sneak peek.  There are MANY more images to follow so stay tuned to the blog!

Maarit - Love how you capture people in love

On May 1st we shot our first wedding of the season! Diana and Matt are an awesome couple!

Maarit (my fabulous second shooter) and I started the day at Diana’s family home where we photographed the “getting ready” moments.  Shirley, Diana’s mom, is such an awesome person and both Maarit and I quickly felt like we were becoming a part of the family.  Do you ever meet some folks and just feel like they could be your aunt or your cousin?  Well, when that happens you know your amongst good people – so props to the most awesome hair stylist and Salon 77 owner Leah McCann for giving Shirley my phone number back in the fall!  And, as an aside – Leah also did Diana’s hair for the wedding and it looked great of course!

We then headed down to St. John Baptist Church in South Boston which is an Albanian Orthodox Church.  I am actually American Carpatho-Russian Orthodox so I am familiar with the Orthodox religion and I was excited to capture Diana and Matt’s wedding ceremony.  The weather was beautiful and the sun was streaming in through the windows.  The ceiling and details in this church were amazing and I became especially fond of the lighting fixtures hanging from the lofty ceiling.

Following the ceremony we all headed to the Boston Radisson for lots of fun and many touching moments spent with family and friends.  Matt and Diana are truly both two awesome people – they have been together for 10 years and were high school sweet hearts.  It was so special to be a part of this couple’s wedding day, capturing moments that they can look back on for the rest of their lives.

Okay, okay, yes I will get to the pictures!  To Matt and Diana, to Shirley and to Jayne, and to all friends and family we thank you and hope you enjoy this preview:

Deborah Zoe - These are fantastic!! great job! My faves? the last one on the dance floor and the one with the road line. awesome!

Deb King - WOW!!!! I knew you were a great photographer Kristin, but these photos are fantastic!! The bride and groom will be thrilled, you captured all the little things too! If this doesn’t get you well on your way as a wedding photographer, I don’t know what will. GREAT JOB

Kristin - Thank you both so much for your kind words – this is really exciting for me and I can’t wait for everything that lies ahead!

Deborah - ( sister of the bride) These pics are brilliant….You are truly an artist! Can’t wait to see more.

A little over a week ago Maarit and I headed off to Salem Willows to meet up with Kristin and Chris for their engagement shoot and a little bit of skee-ball.  The weather was amazing and it was nice to get outside and soak in some sun after experiencing all the rain in the Boston area this past month!

Kristin & Chris are getting married in September at the Nathaniel Silsbee House in Salem.  They are a BLAST so I know that their wedding is going to be a super awesome day!  Plus, the first time Maarit and I met up with them, we couldn’t help but chat about Etsy and all the great things we were finding for our weddings!

And yes, I need to share the story of how they met….they met on the Boston Common.  They were complete strangers at the time, enjoying the sights, and friendly Kristin just decided to start chatting it up with Chris.  Apparently they talked about ducks or something like that, general Boston Common small talk I suppose, and NOW they are getting married!  I love their story and how they totally found each other, it’s classic Boston at its finest!

Here are some pictures from our day:

kristin - Yeah, thanks for your comments girls!

Dimple - Karen Cody – We are interested in getntig a wedding estimate for a date in October 2013 and what exactly the cost of the site and wedding reception will include (i.e., cake, dinner, open bar, linens, table, appetizers, etc.)Thanks, karen

Freidimar - Hi there, My fiancee and I are gteitng married September 28th, 2013 and wanted to check your availability and discuss some pricing. I’d love to hear from you, feel free to e-mail or call (416)262-1794 any time. Btw, I found your site because you shot Elise Zammit’s wedding and I loved it! Her mother and my mother were work colleagues and Elise and I played softball together for year when we were girls, you did an amazing job with her Samantha